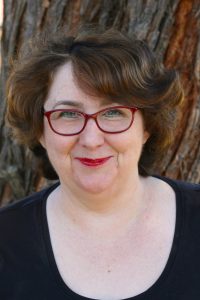 Pamela Hart is my married name and The Soldier’s Wife was my first book under that name, inspired by my grandfather’s service as an ANZAC at Gallipoli (see The Story behind The Soldier’s Wife). Since then, I’ve enjoyed working with other true stories set in and after WWI. Each book has given rise to the next, as I stumble over wonderful stories while doing the research for the current book. As Pamela Freeman, I’ve written children’s fiction, epic fantasy, crime fiction and children’s poetry. You can find out more about my other books here.

I became seriously interested in historical fiction when I wrote The Black Dress, a fictional account of the childhood of Mary MacKillop in the Australia of the 1840s-1860s.

I have a Doctor of Creative Arts in Writing from the University of Technology, Sydney, and I teach writing (face-to-face and online) at the Australian Writers’ Centre.

My writing started when I was a children’s scriptwriter for ABC Kids, which was where I began to write children’s stories. But then I found that I wanted to tell stories for adults, too, and particularly stories about women’s lives, loves, tears and joys.

I live in Sydney with my husband and son and many musical instruments. (I’m a drummer – or at least I’m learning to be one!)